The rules for holiday and holiday pay are derived from the Working Time Regulations, which case law has refined over the years. Here is a summary and an update on recent changes.

All workers are entitled to 5.6 weeks paid holiday per year. This equates to 28 days leave for full time staff which is pro rata’d for part time staff and those work who work term time.

This holiday must be taken each year unless a worker leaves employment and then it can be paid in lieu or a worker is prevented from taking holiday due to sickness. In the latter case the worker can carry the leave into the next leave year if necessary. Alternatively the worker can specify a period of sickness as annual leave and receive holiday pay for it.

At the moment in UK there is no definitive case law on voluntary overtime i.e. overtime that is not guaranteed and the workers is not obliged to work it when offered it.

Commission should be used to calculate statutory holiday pay. These rules for holiday pay apply to the original 4 weeks holiday (not the extra 1.6 weeks) for commission and non-guaranteed overtime.

To make a claim for unpaid holiday a worker has to first consult ACAS and go through a procedure called Early Conciliation.

A holiday claim can only be made if

For more information see PERS Leaflet No. 4 Holiday and holiday pay on our web site.

A straightforward question you would have thought, but it is the subject of an employment law case waiting a final European Court of Justice (ECJ) judgement.

The case will rule whether mobile workers’ travel between customers counts as working time.

In Whittlestone v BJP Home Support Ltd, an Employment Appeal Tribunal (EAT) ruled that a care worker, was entitled to National Minimum Wage (NMW) for all the time she was required to be at work whether she was working or sleeping as “her  job was to be there.” 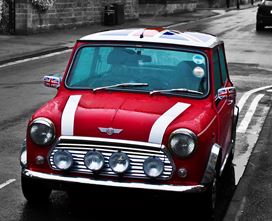 The same tribunal ruled she was entitled to NMW for travel time between clients’ homes as she was on a rota and had to visit each client in turn during the day. There was inevitably travelling time involved which was controlled by her employer who arranged the visits.

Prior to final ECJ decisions the Advocate General often gives his view which the ECJ frequently support. In this case he has said that employers must treat journeys by workers between customers or clients as working time.

He added, he thought this should include the first and last journeys of the day in situations where the worker travels directly to a client or firm as this is an integral part of the job.

Referring to the WTR’s definition of working time, he asked ‘Whether the workers were at the disposal of the employer?” while travelling and surmised, ‘Yes, as they were not outside the scope of their employer’s management power.’

Just as a worker’s commuting time to their normal place of work will not be covered by this ruling, neither will a worker’s travel to a central depot to pick up a vehicle. But what about

Employees have always had the right to claim unpaid holiday pay from their employer or ex-employer. However, following a recent Employment Appeal Tribunal (EAT) decision from 1st July 2015, employees’ claims can only go back 2 years.

The rulings in two cases,

meant that failure to pay these additional amounts in holiday pay could result in employers being sued for underpayment of holiday pay potentially going back many years.

Then the EAT ruled in a series of joined cases, Bear Scotland v Fulton, Hertel v Woods, and Amec v Law that normal ‘non-guaranteed’ overtime (overtime that the employer does not guarantee to provide) also had to be included in holiday pay calculations along with ‘guaranteed’ overtime. It further ruled that any claims for a series of unpaid holiday pay submitted after 1st July would be limited to 2 years.

Today it was announced that Wales intends banning E-cigarettes, personal vaporisers (PVs), and electronic nicotine delivery systems (ENDS) in public spaces such as pubs, clubs, restaurants and work, probably from 2017. The reasons given by ministers are

Current legislation bans smoking in enclosed spaces including work. When this ban was introduced many employers wrote smoking policies outlining how serious they would consider a breach. Indeed in one case we reported in February an Employment Tribunal ruled the employer’s smoking policy would have been relevant in any unfair dismissal claim.

If ‘vaping’ in public spaces does become illegal or employers want to ban it from their workplace, then the disciplinary rules have to be clear on this and communicated to all staff if an employer intends enforcing them.

But what is your view? Do you permit e-cigs at work? Let me know anne@pers.org.uk

All drivers (and many non-drivers) are aware that using a mobile phone while driving can lead to a criminal prosecution and penalties if spotted and convicted. Further, this is true not only for cars but also motor bikes. Finally this legislation applies if you’re stopped at traffic lights or queuing in traffic.

Penalties for using your phone while driving

If caught the fixed penalty is £100 and 3 penalty points. The fine increases up to a maximum of £2500 for drivers of buses and goods vehicles, if the case goes to court.

But what about dismissal? Would that be a fair penalty?   Two recent Employment Tribunal cases have had contrasting rulings, in that the first one unfair dismissal was upheld and in the second it was not.

Driving a private car into a car park
In the first case, Whitehead v FirstGroup Holdings Ltd, an employment tribunal ruled that the dismissal of a long-serving employee who was reported for using his mobile phone while driving his own car into a workplace car park was unfair.

The claimant had 36 unblemished years’ service with the organisation but was witnessed and reported for driving into his workplace car park while using his mobile phone. Following an investigation he was dismissed, but the Employment Tribunal ruled that was unfair as the employer’s policy on mobile phone use was unclear. In particular whether it applied or not to employees in private cars entering the car park. Further the employment tribunal felt not sufficient weight had been given to mitigation, his long service and the stress he had been under at the time.

Driving a bus
In our second case, Ruparell v East London Bus & Coach Co Ltd, an employment tribunal ruled that the dismissal of a bus driver who was seen holding his mobile phone while exiting a bus stand, in breach of the employer’s very strict and clearly communicated mobile phone rules, was fair.

The driver was captured on CCTV starting his engine and moving off with his mobile phone in his hand. Further, the footage showed him taking both hands off the steering wheel to put the phone into his pocket while moving.

The employment tribunal took into account the employer’s strict and clearly communicated ban on mobile phone use, which included a prohibition on the “visible presence” of mobile phones in the cab area and the fact that the claimant was already on a final disciplinary warning in reaching their decision.

a) in one case the policy was clear and in the other not so.

b) one employee had a long standing unblemished record, and this was not the case with the bus driver.

So although the offence was similar the cases were not. Hence the seemingly different results.

Following a notable resignation this week we take the opportunity to remind you of a couple of issues around the topic. 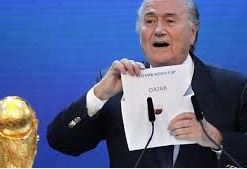 “I am of the view that there has been a fundamental breach of my employment contract by [my employer] and I have no alternative but to resign my position.” 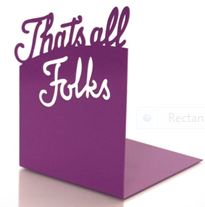 The Small Business, Enterprise and Employment Act 2015 brought in a number of changes with respect to employment. The main one is:

From today an employer issuing a zero hours contract which —

prohibits the worker from doing work or performing services under another contract or under any other arrangement,

prohibits the worker from doing so without the employer’s consent,

is unenforceable against the worker, i.e. exclusivity clause in zero hours contracts are banned.

Introduced a penalty for non-payment of Employment Tribunal (ET) awards.

When making rulings ETs generally award the successful party costs and/ or compensation. Or a financial settlement may be agreed. Now if these sums are not paid, liable organisations will be subjected to a financial penalty as follows:

50% of the unpaid amount

Increased the penalty for non-payment of National Minimum Wage (NMW)

Employers that break NMW legislation must pay all the employees’ unpaid wages plus a financial penalty as follows:

100% of the total underpayment.